Together with a number of other residents from Perivale, Greenford, Northolt, Hanger Lane, North and East Acton, forming North Ealing Against HS2, we campaigned and lobbied at all levels against High Speed Rail 2 plans and for better mitigation for the London Borough of Ealing assuming HS2 were to go ahead. We specifically campaigned for the route of HS2 through the London Borough of Ealing to be put in tunnel instead of an overground route - which would jeopardise 18 bridges including both the west and east bridges forming the Hanger Lane gyratory, many homes, two scout huts, half a dozen schools, and Perivale Wood Nature Reserve.

Our campaign achieved its key objective on 23 April 2013 when, having resisted our recommendation for 18 months, HS2 Ltd and the Department for Transport finally conceded that a tunneled route under Ealing would cost the same amount of money, take less time to build, and crucially cause far less disruption for local residents, businesses, schools and the environment.

HS2 Ltd accordingly recommended to the Secretary of State for Transport that the HS2 route through the London Borough of Ealing be put in a 9km tunnel, linking up the tunnel under Ruislip and the short tunnel between Old Oak Common and North Acton instead of an overground route. 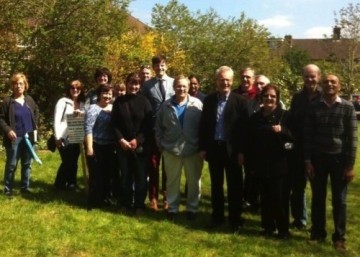 LEFT: Me (the tall man in the light blue jacket and tie) with other campaigners following the tunnelling announcement on 23rd April 2013 behind the Perivale 3rd Scout Group hut (which would have been demolished had the HS2 route through Ealing been constructed overground)

Press coverage of the decision can be found here:

'HS2 will be Tunnelled Under Ealing'

'HS2 Tunnel Decision is a Victory for Ealing' 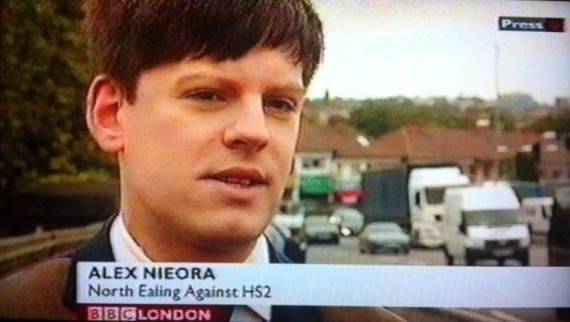 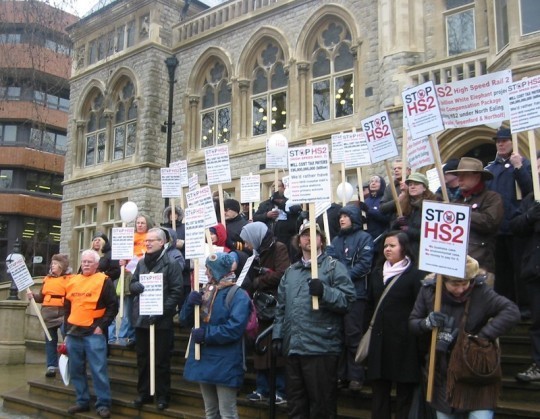 ABOVE: North Ealing Against HS2 on the steps of Ealing Town Hall following a demonstration march along the Uxbridge Road - March 2013

LEFT: Me speaking at the North Ealing Against HS2 demonstration march